[Article by the American Academy of Ophthalmology] 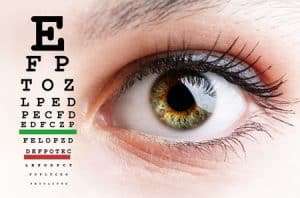 People with diabetes are at increased risk of developing serious eye diseases, yet most do not have sight-saving, annual eye exams, according to a large study. This is especially timely as the North Georgia Eye Clinic joins the Academy in reiterating the importance of eye exams during the month of November, which is observed as Diabetic Eye Disease Awareness Month.

Researchers at Wills Eye Hospital in Philadelphia have found that more than half of patients with the disease skip these exams. They also discovered that patients who smoke – and those with less severe diabetes and no eye problems – were most likely to neglect having these checks.

The researchers collaborated with the Centers for Disease Control and Prevention to review the charts of close to 2,000 patients age 40 or older with type 1 and type 2 diabetes to see how many had regular eye exams. Their findings over a four-year period revealed that:

One in 10 Americans have diabetes, putting them at heightened risk for visual impairment due to the eye disease diabetic retinopathy. The disease also can lead to other blinding ocular complications if not treated in time. Fortunately, having a dilated eye exam yearly or more often can prevent 95 percent of diabetes-related vision loss.

Eye exams are critical as they can reveal hidden signs of disease, enabling timely treatment. This is why the Academy recommends people with diabetes have them annually or more often as recommended by their ophthalmologist, a physician who specializes in medical and surgical eye care.

“Vision loss is tragic, especially when it is preventable,” said Ann P. Murchison, M.D., M.P.H., lead author of the study and director of the eye emergency department at Wills Eye Hospital. “That’s why we want to raise awareness and ensure people with diabetes understand the importance of regular eye exams.”

The Academy has released a new animated public service announcement to help educate people about the importance of regular exams and common eye diseases including diabetic retinopathy. It encourages the public to watch and share it with their friends and family.

“People with diabetes need to know that they shouldn’t wait until they experience problems to get these exams,” Rahul N. Khurana, M.D, clinical spokesperson for the Academy. “Getting your eyes checked by an ophthalmologist can reveal the signs of disease that patients aren’t aware of.